It's raining cherry blossoms in Lidcombe! 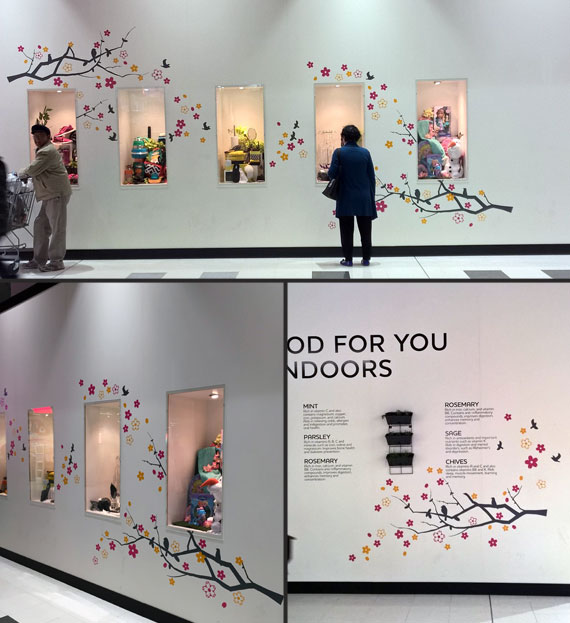 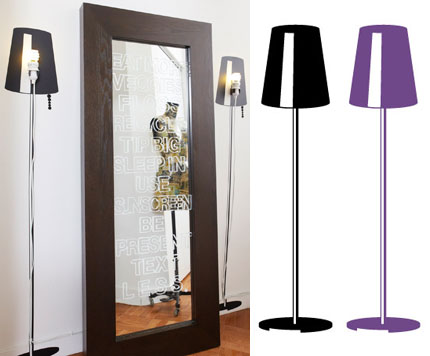 We’re very excited to show you this picture featuring our Floor Lamps Wall Decal; this is Janet Lee’s apartment, Janet is the smart person behind Living in a Nutshell, a website about decorating ideas for small spaces now also made into a book!

Her motto is “Designing out of the box…when you live in one” and we couldn’t agree more, it’s not so difficult to create an amazing and original space even when on a budget and in a rented apartment, a small office or dorm room!

We love how she combined our vinyl lamps with real light bulbs creating a very effective décor on a budget!

The book contains more the one hundred projects on small spaces and a DIY guide to style up your nutshell! 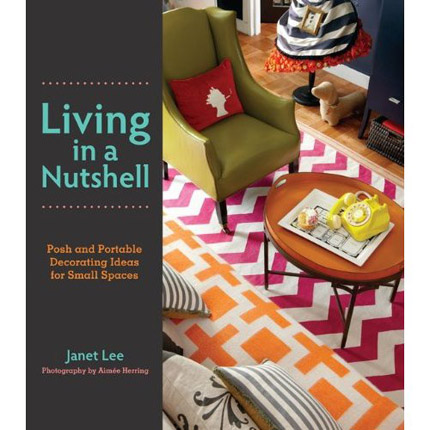 In the technologically connected world we live in today, it is hard to imagine that home video game systems as we know them today are only 30 years old. Atari whet appetites for digital competition with Space Invaders and Centipede, while Nintendo's character-driven worlds of fantastic enemies trying to kill you cemented the world's love of computerized combat for all time. Now, as the first generation of super soldiers reaches adulthood, with homes and kids of their own, room décor designers are tapping into video game nostalgia with retro video game wall decals and home goods.

From cushion covers to custom wall stickers, popular video games have not only landed on adult home décor items but also on children's décor items, helping parents introduce a new generation of kids to early video games. Is your favorite game available today?

Tetris: As digitally simple as pong, as maddeningly frustrating as Donkey Kong but more popular than either one, Tetris became a game not only for hardcore gamers but for your mom and little sister as well. Like many of the world's best strategy games, it took a minute to learn but a lifetime to master. Tetris has lived on on smartphones and portable gaming devices, making those falling blocks perfect for children's rooms in the form of wall decals and other items.

Space Invaders: As one of the earliest console-style games, Space Invaders pitted joystick jockeys against each other in a battle for high-score dominance. Now, those creepy creatures inching ever faster toward your starship come home. The 2-bit alien enemies make a great addition to canvas bags, cushion covers and even wall coverings.

Pac Man: When gamers think of the first character-driven, level game, Super Mario is the first to come to mind. But Pac Man's pebble-eating, ghost grabbing semi-circle started the trend, with a series of ever-challenging mazes full of ghouls and fun prizes. For his trouble, he has never left the public lexicon, still gracing smartphones, portable gaming devices and every piece of merchandise imaginable. But Pac Man's child-friendly smile and colorful ghosts not only make for great gifts and adult items but also can brighten a child's room with wall decals and artwork, reminding them that no ghosts under the bed will get them with Pac Man standing guard. 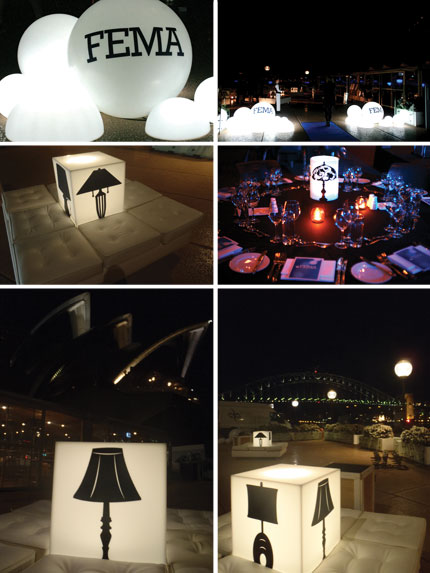 Fourth Wall Events, an event and production company based in Sydney, asked us to produce some stickers for an event they were working on for Fema.

As you can see the stickers in this project are applied on lamps and curved surfaces without any problem!

We were very pleased to see our vinyls in such a glamorous contest, with nothing less then Sydney Opera House in the background!

The black silhouettes of the vinyl lamps on the real lamps create an original and sophisticated motif in a cost effective way. 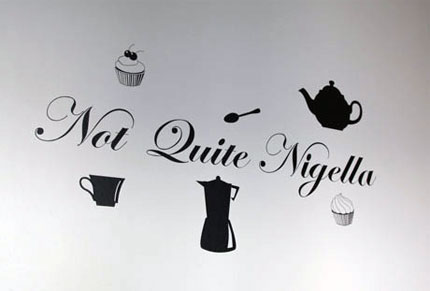 I am an assiduous reader of Not Quite Nigella blog , a great food blog updated daily with restaurants reviews, recipes and everything foody happening in Sydney.

Lorraine (aka Not Quite Nigella) is now hosting a giveaway on her blog where you get the chance to win a $150 voucher to spend in our shop!! You just have to leave a comment telling your favourite design, competition is open till the 3rd of October, enjoy and good luck! 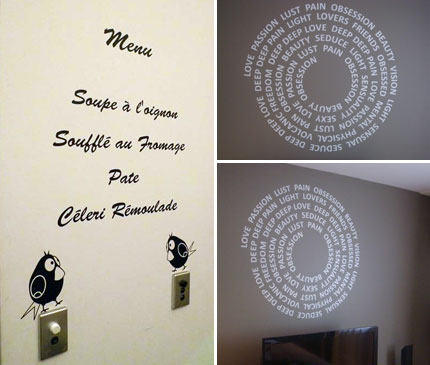 Vinyl wall lettering and phrases are a great way to add a personal touch to any space: have you thought about "writing" on the wall the menu for your dinner party? It's fun, easy to apply and inexpensive, your guests will love it!

On the right is a custom job we did for Daniel, with the text in a spiral shape.

We can use any font and size, send us an email with your text for a quote!

We love the modern and minimalistic look of this store selling contemporary jewellery, it's the perfect home for our Fatty Birds Wall Decal looking at the air Balloon in the sky! The black and white contrast is a classic and it always gives that classy style! 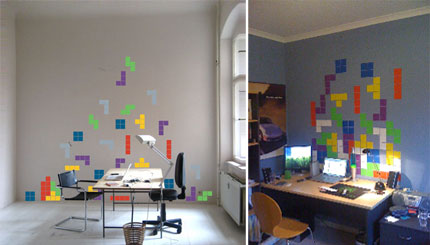 As often happens, we've been asked by a customer to customize the size of one of our existing designs, the Falling Blocks Wall Decal, making it on a larger scale. Since we have very strong geekish tendencies, we were really happy to go ahead with this design and creat the Giant Tetris set pictured above.

Don't hesitate to contact us if you require a Vinyl Design sticker in a different size, we'll be happy to help you!

We call them wall stickers but they can be applied almost everywhere! You can stick them on any smooth and clean surface, use a bit of imagination and decorate your furniture, mirrors, windows, fridge etc.

Here are some examples of how to jazz up a simple wardrobe (PAX wardrobe from Ikea and Growing Leaves wall decal) to create an original look. Why not let your creativity loose and create a work of art combining wall stickers on both the wall and furniture (TROLLSTA sideboard from Ikea and Butterflies or Floral Falls wall decal).

If you have used some of our stickers in a creative way, send us a picture at This email address is being protected from spambots. You need JavaScript enabled to view it.!