A creative project in Adelaide 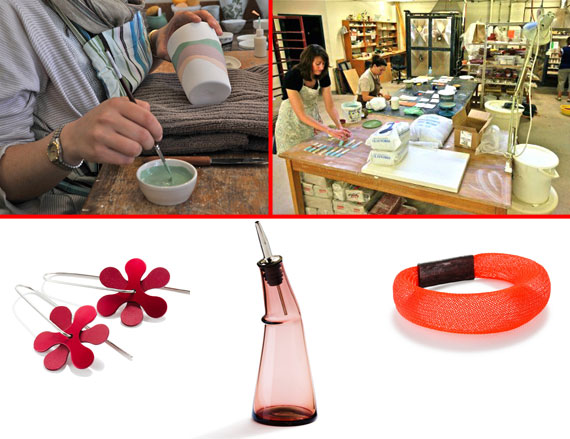 Located in Adelaide city centre, JamFactory is a non-profit organisation that is funded by the South Australian Government.

For nearly four decades now, JamFactory has been presenting and promoting the work of talented designers, craftspeople, and artists. They are internationally known for their galleries, studios, and shops. Most importantly, of course, is the funding they provide for public programs that nurture and guide the careers of young artists. At present, JamFactory operates four major studios or workshops, each of which is devoted to a single discipline.

Establish in 1979, the original focus of the popular Ceramics Studio was stoneware pots. Experienced instructors guided students through the production process and helped them master a valuable skill. More recently, the focus of the studio has shifted to the production of fine porcelain using new methods such as computer aided design. 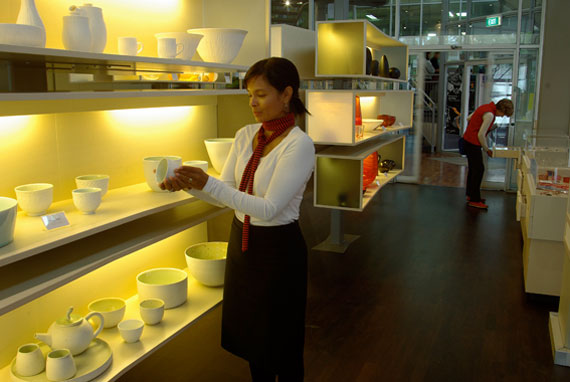 JamFactory’s Glass Studio is now the longest-running hot glass workshop in all of Australia! It is also one of the largest and most sophisticated studios in the nation. Home to a number of prominent artists who serve as instructors and creative directors, the studio accepts about eighty talented young artists to participate in their Associate Program each year.

After starting out with just four students in 1991, the Furniture Studio now welcomes over 40 new artists each year. The program focuses on developing studio production, commissions, and exhibition work. Established artists and furniture makers also use the studio space to ply their trade.

After the Jewellery Workshop shuttered its doors in 1978, creative directors and instructors at JamFactory searched for a more inclusive program that would attract up-and-coming artists. With a focus on large scale design, the Metal Design Studio was founded in 1991. Most of the artists at the studio work in sculptural or architectural design. Others concentrate on public art or handmade metalwork. The non for profit studio has seen over ninety artists pass through its doors since its founding.

If you're in Adelaide go to the Jam Factory shop for some innovative designer products or shop online at www.jamfactory.com.au