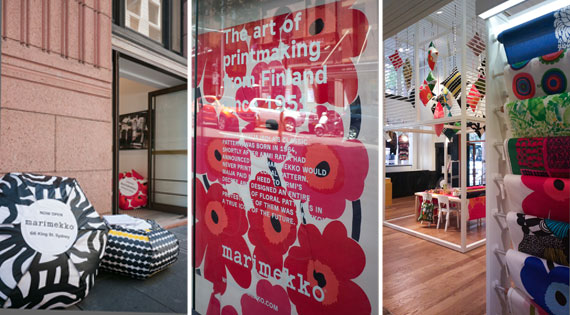 Founded in Helsinki, Finland in 1951, Marimekko is one of the most popular and influential Nordic design houses in history. Noted for their brightly-colored fabrics and simple design styles, the company currently operates over 80 custom or concept stores around the world. Their extensive catalogue includes garments, home décor, apparel, fabrics, and assorted accessories.

The commercial growth of the company has been nothing short of astonishing. The watershed moment occurred during the presidential election of 1960 when future First Lady, Jacqueline Kennedy, wore Marimekko dresses and accessories throughout the campaign. By the time the First Family had moved into the White House, Marimekko was the name on every fashion-conscious woman’s lips.

Soon after the death of its founder, Armi Ratia (1979), the company changed hands (1985), but remained headquartered in Finland. As they had done for decades, the design house tackled nearly every aspect of domestic design, including toys, furniture, dinnerware apparel, accessories, fine fabrics, and bedding. 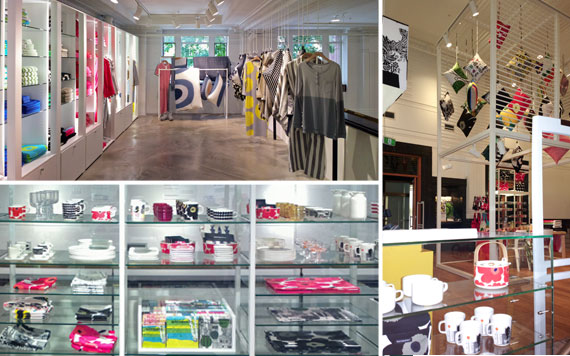 The recent expansion of the company catalogue coupled with new, individually-owned Marimekko fabric and design shops has resulted in a two-hundred fold increase in net income in only seven short years! Stores that sell fabric and textiles are particularly popular in Canada and the United States.

Although it is widely regarded as a retro brand, a product of the 1960s and 1970s, Marimekko sells extremely well regardless of age group or cultural origin. Their use of bold colors and simple design patterns is original and inimitable. They conjure up images of a much loved and longed for era. Whether t-shirts or handbags, every Marimekko offering has something to say. 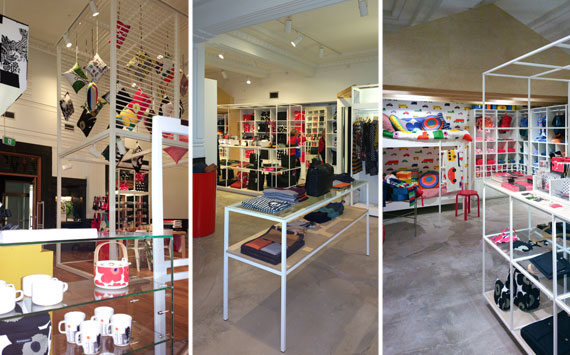 Where to find their line?

As we mentioned, there are more than eighty Marimekko design shops around the world, most located in major cities. One of them recently came to Sydney! When shopping in one of these concept stores, expect to find a wide array of fabrics, textiles, apparel, home décor, and accessories.

The common artistic element or feature that binds all of the items that are produced by Marimekko is expression. Most of the products that are found in their shops combine bold designs and colors with expressive styles and patterns.